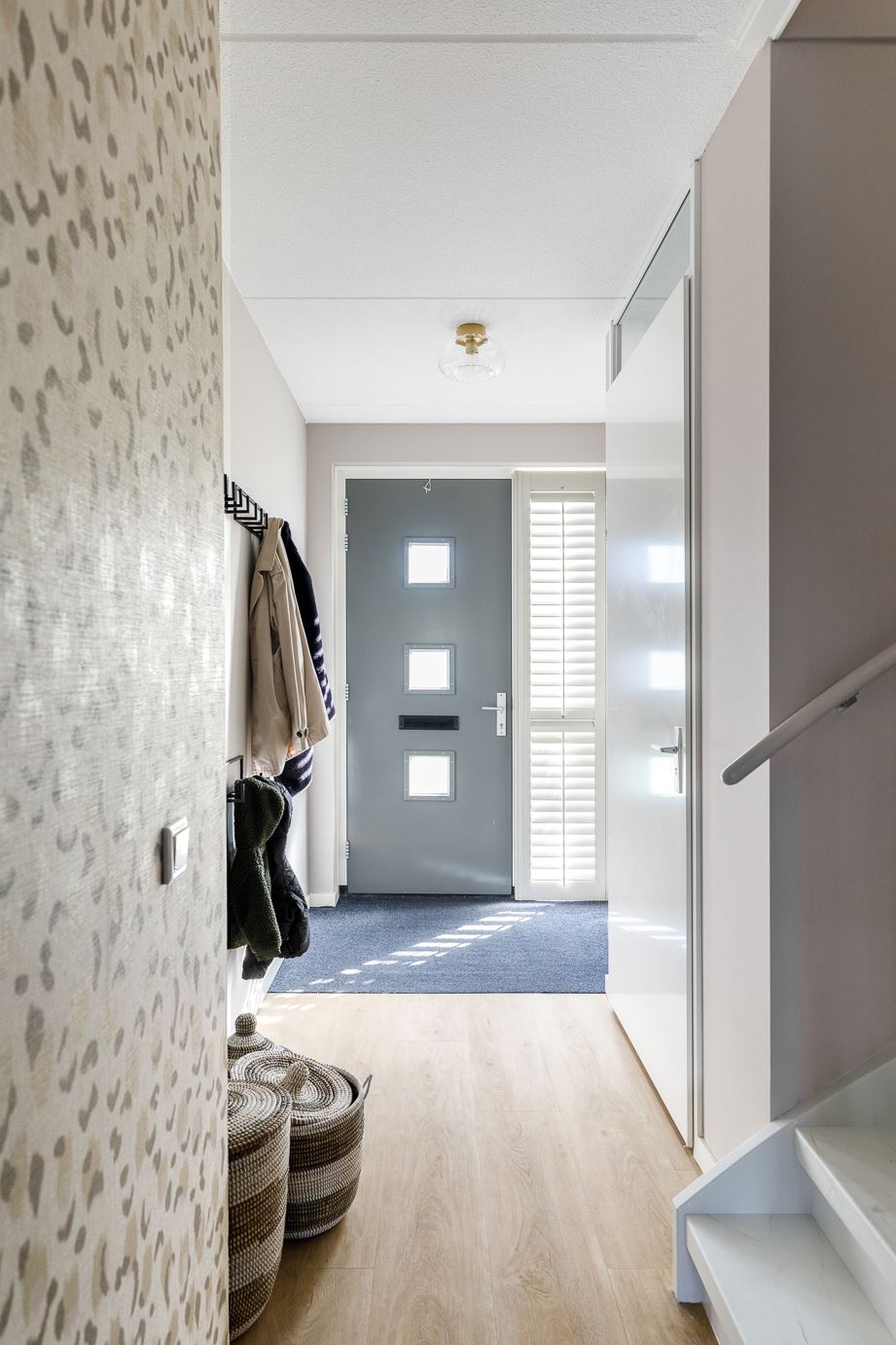 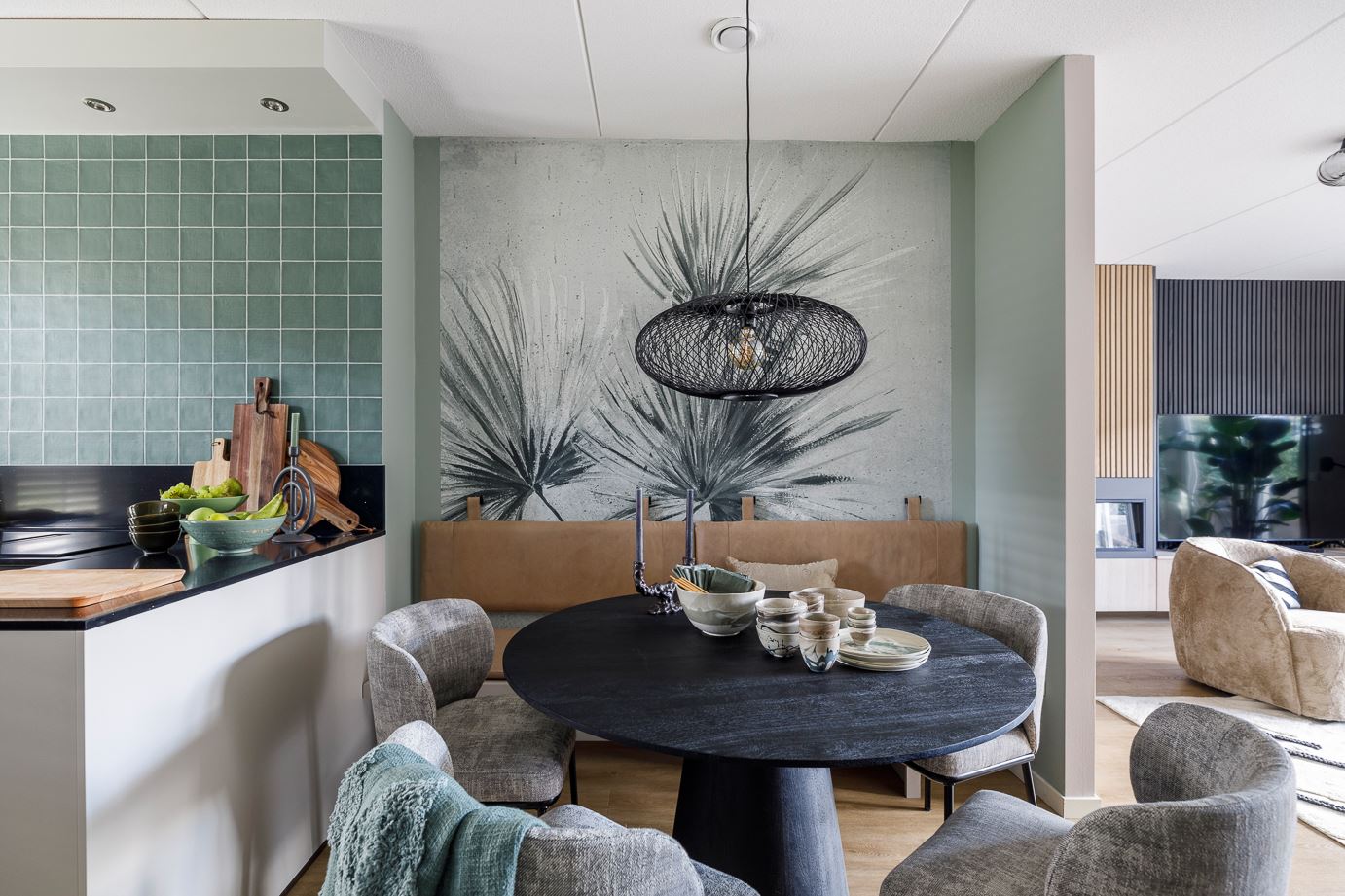 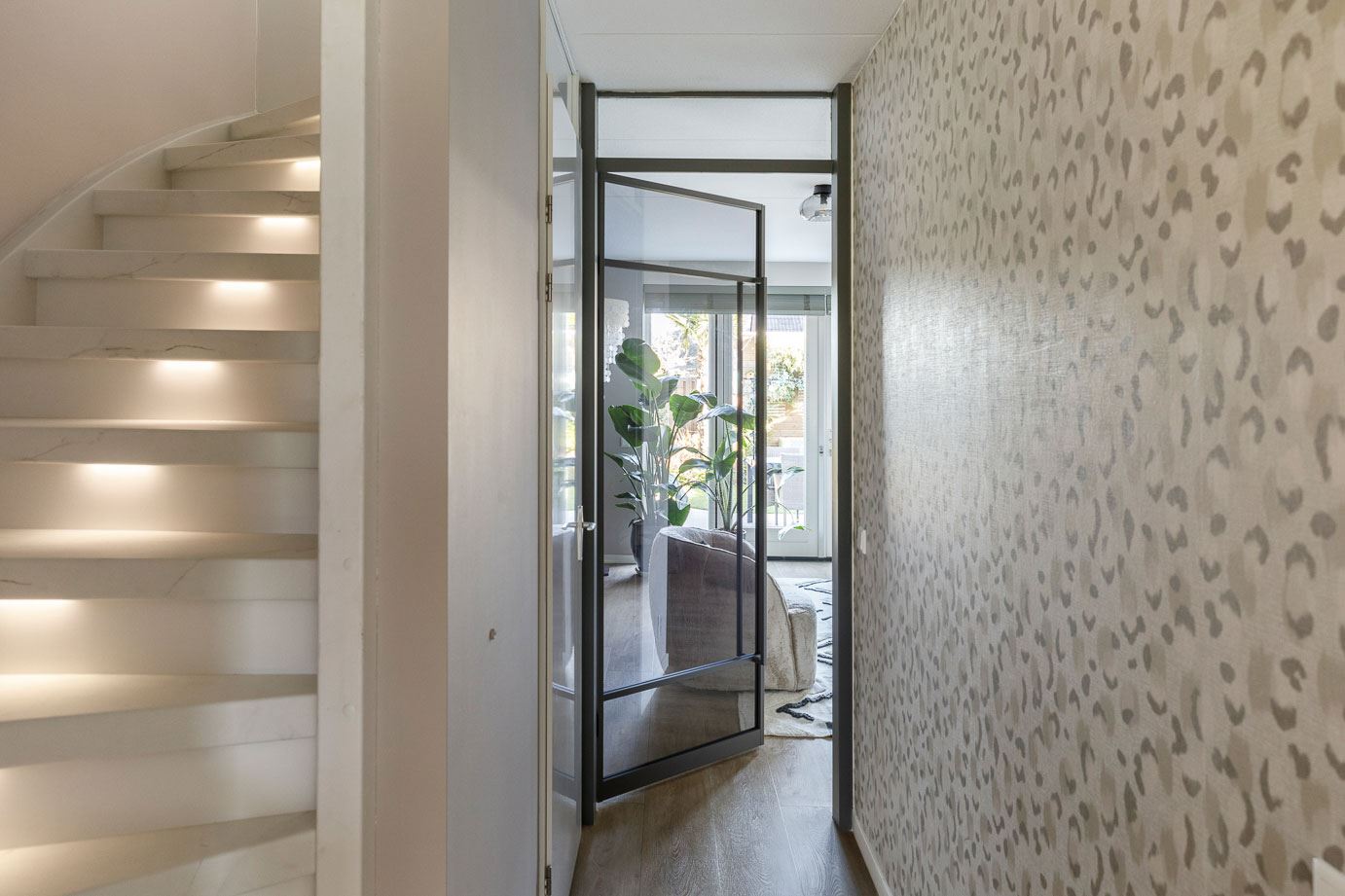 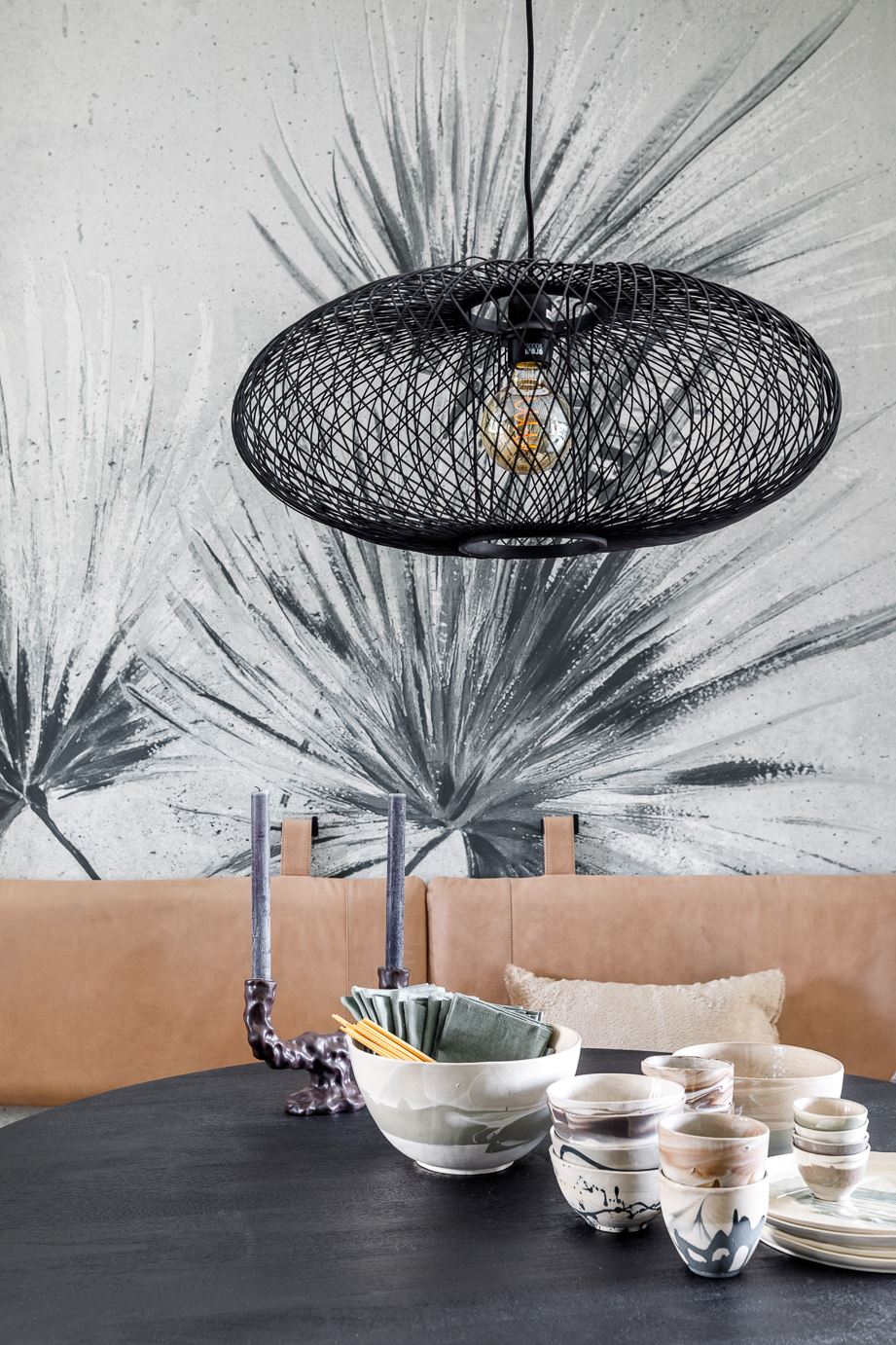 Michel and Kelly have been together for five years and live in a newly built house. Michel loves to cook. The kitchen island was therefore placed in the centre of the room, but they regret that. In addition, Michel and Kelly want to reflect their roots in the new interior. Michel is Javanese, Surinamese and Dutch, Kelly Indian and Dutch. Kelly is very interested in Indian culture, but misses this atmosphere in the house. She is attached to her grandparents' things and loves an extravagant style: panther prints, gold, glitter and tropical. For Michel, it could all be a little quieter, he likes Scandinavian and grey.

With different interior tastes, they just can't come to a compromise for the interior. The interior lacks personality and they would like to exude their family's cosy atmosphere with the furnishing of their home. Leave that to stylist Marianne! She applies the panther that Kelly loves so much as wallpaper on the wall in the hallway, but in a nice calm colour scheme with metallic accents. This wallpaper is from our Skin collection where you will find more animal prints. In the dining area, she opts for a beautiful wall-sized mural with tropical fan palm leaves from the Terra collection, but in shades of grey for him. In doing so, she also subtly brings their cultural background back into the interior. Well done Marianne!